I ran a 5k. That was weird. Apparently I am really bad at pacing 5ks as well. Dan and I started off running together and chatted for the first 2 miles, most of which was uphill. I'm pretty sure a 5k is supposed to be run at a can barely hold a conversation. Maybe I'll run another and actually try to pace it hard...but its way more fun to run and chat. The last mile I pushed it trying to catch 2nd place but ran out of real estate. It was still a post-baby 5k PR, not that I have many to compare it to. 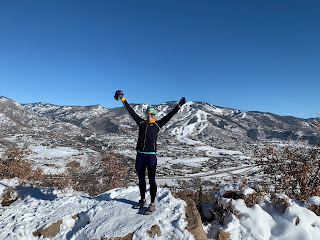 In other news winter has hit with a vengeance. We had a record 63" of snow in October, which is insane. We skipped right over mud season and quickly our trails have all become snow packed. I'm not sure any of us were quite ready for that kind of snow that early. Especially since our last snow was 2' on the summer solstice. But here we are winter running at its finest. My goal this year is to focus more on running. Last year I definitely got in a lot of riding, but felt like my running suffered. So this year I'm prepared for a lot more cold weather running. I have more spring goals to stay motivated and force me to keep running. We'll see if those help! And who knows what mother nature will have in store for the rest of the year. 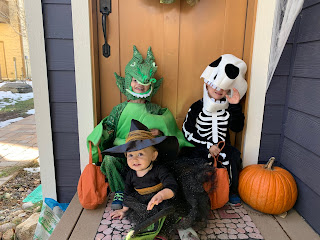 All the snow made for a snowy Halloween. We ended up going trick or treating at a different neighborhood since there was a last day of warm weather we wanted to take advantage of. Then we had a snowy trick or treating followed by a crazy cold downtown trick or treating. Yes, Steamboat is crazy when it comes to Halloween. I think its the last hurrah before the tourists and ski season. James was toast by the time Halloween came around and wanted know part in the cold trick or treating downtown. He may have been the smart one on that front. 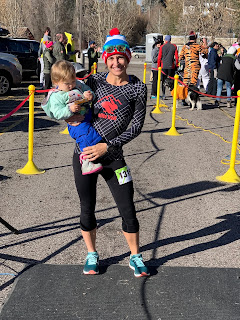 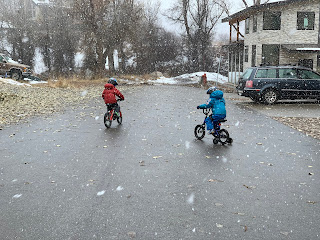 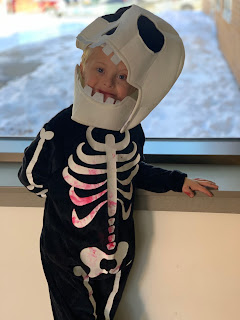