One of the things I love most about running is it's you against yourself. As long as you run within yourself you will be sucessful. Sure during a race you're also racing against others, but mostly they're just there to push you to do better. I love pushing myself to PR, sometimes to a fault. Easy days can be so hard for me, especially when I'm running well. I set goals for myself in terms of beating my previous time or running farther than I have before. Sure its nice to place high or win a race, but I didn't run great at the marathon I won and have actually felt so much better after races where I PRed. I worked my ass off to qualify for Boston and when I crossed that finish line in Anchorage in 3:35, 17th place, that was one of the best feelings I've had running.
So shouldn't that same principle apply to kids? Why give me a questionaire at James' 9 month well baby appointment about his development? This was the first one where honestly no he's not even kinda doing most of the skills listed. We all know he's behind in motor skills and speech so can we just skip that part? Lets talk about how he's doing compared to where he was at 6 months. Lets discuss his progression and what we're doing to help him. I'm sure this questionaire may be beneficial to typical kids or kids who haven't been diagnosed yet and need the help James is getting. But that's the thing, James already qualifys for EI. Okay, okay so maybe its more that I need to just learn to let these things just roll off my back. In the grand scheme of things filling out this form isn't that big of a deal. And I can't shelter James from the harsh realities of the world where everyone is compared to everyone else.

This week was all about consistent running. I didn't get out on a long run, but ran almost every run around 7-8 miles. I explored Green Mountain, which has not been my favorite place to run. Although I discovered I can run Green Mountain from my office with only a handful of steps on pavement. So I guess I can't complain about having that kind of acess. Not many people can walk out of their office onto a trail for a solid run. I guess this really means no excuses for getting my workouts in!

It snowed all weekend so Sunday's long run was cut short. It wasn't terribly cold, but after an hour my eye lashes were freezing together and the fun of running in the snow was losing it's edge. But mostly it was so much fun to run through the light snow, putting down some fresh tracks on Conifer Mountain and exploring a new loop. All in all a good week of running! 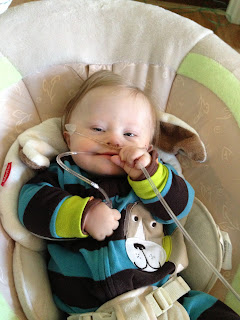