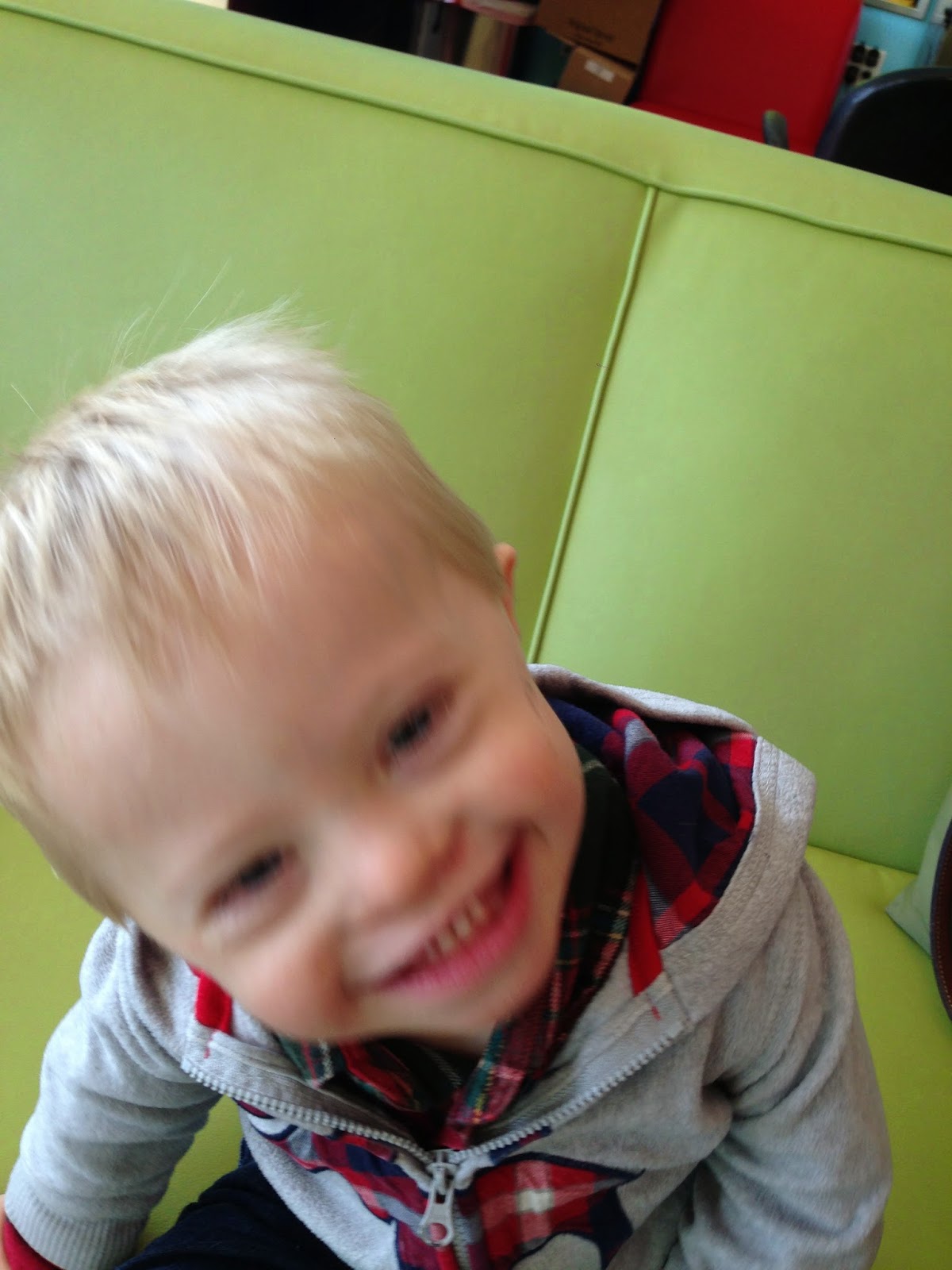 Along with November came the brutal slap of Mother Nature. In my 13+ years in Colorado I don't ever remember a week as cold as we had in November. One morning I woke up to -28F! That is just inappropriate! Of course the cold kicked in just as worked picked up and the reality was it was time to wind down training. I guess things tend to work out like that.

Dan and I thought we could beat the cold and had planned to meet at lunch for a run. That is a run that will go down in history. Both in shorts and thin long sleeves, no gloves, no hat, nothing that resembled warm clothing at all. It was brisk to say the least when we started but before our watches clicked off the first mile we hit the front. Our pace picked up considerably as we attempted to stay warm. But after being blasted by another gust of wind we not-so-reluctantly decided to turn around and call the run short. Since then it has warmed up, although we quickly faced the reality that tights and beanies were now the norm. 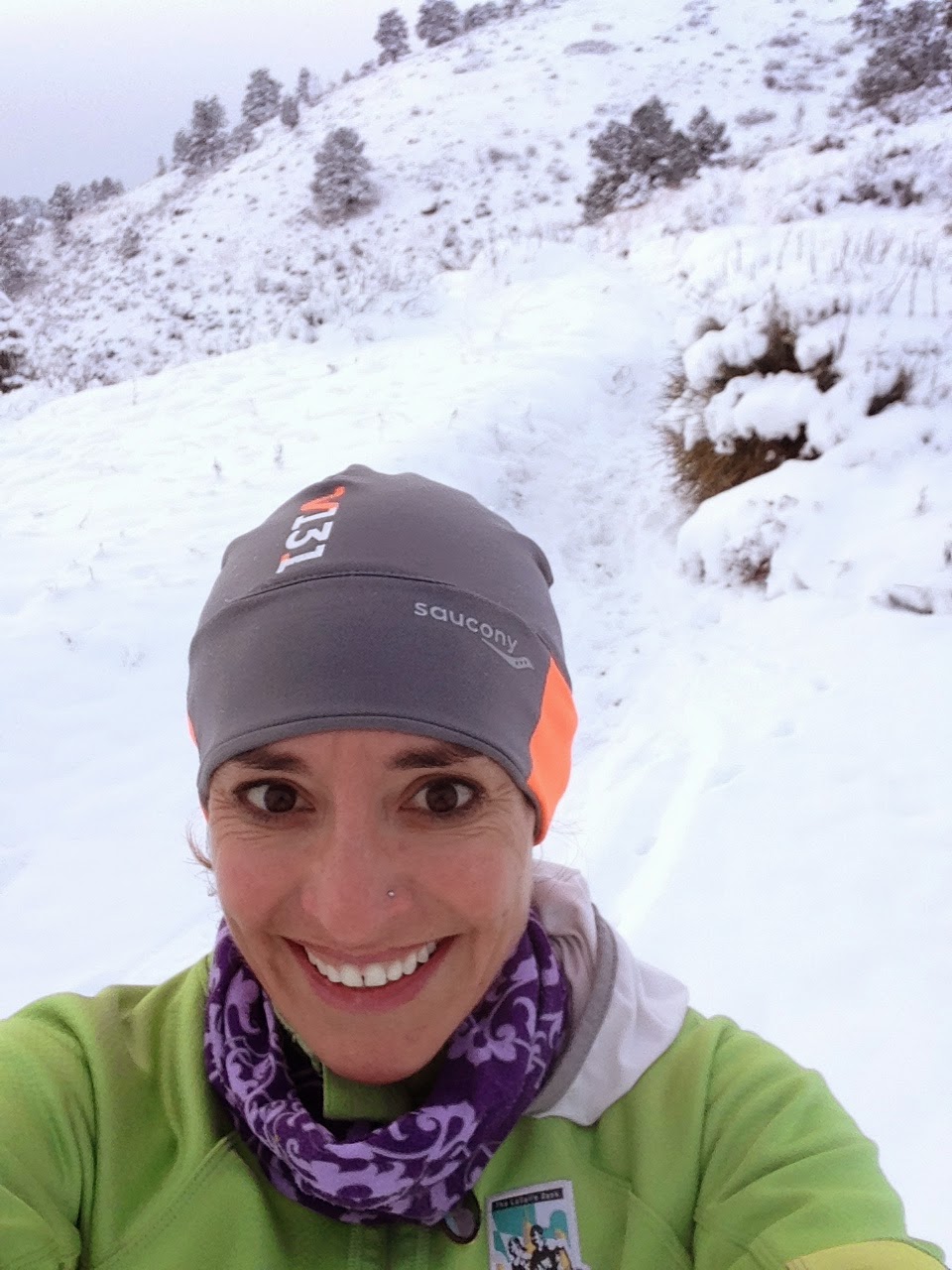 I've managed to keep my mileage relatively on track, but have definitely eased off for a month. It's just too much mentally and physically to train for 12 months a year, year in and year out. The forced slow down has definitely been good. Now as lottery season is upon us I feel like I'm ready to train again. Not so ready that I have started doing workouts...but I've started thinking about hill repeats which is a start. Dan and I have gotten in a few long runs, although we've also tuned our snowboards and are getting ready to ride a bit more this year. We just need a bit more snow out here to make it worth it.

Meanwhile James has been doing great! He has gotten so verbal it's amazing! He's trying to say so many words and once in awhile something comes out. It's not consistent so we don't hear those words again, but it's a start. One night he even said goodnight back to Dan. We also got him back in Sure Steps. I'm not totally sold on them so we've been making sure some days he goes without and I also like to give him a lot of barefoot time at home. I know I'm not a PT and a lot of PTs would disagree with me, but from my experience running I think it's just so important that he gain strength in his feet naturally. He is definitely more stable in them, but I notice it translates to days that he doesn't wear them as well. So PTs go ahead and yell, but I'm sticking with my gut on this one. 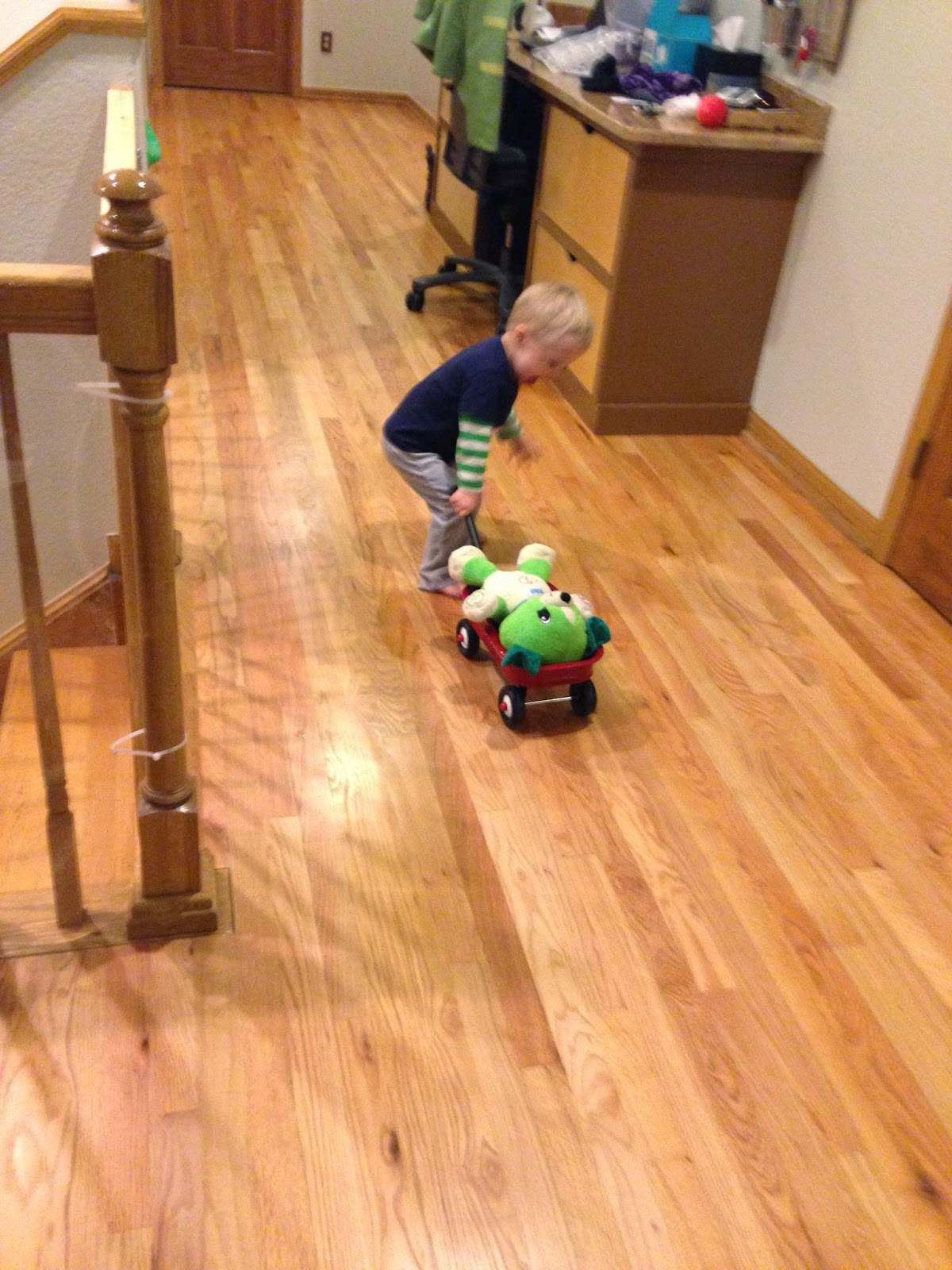 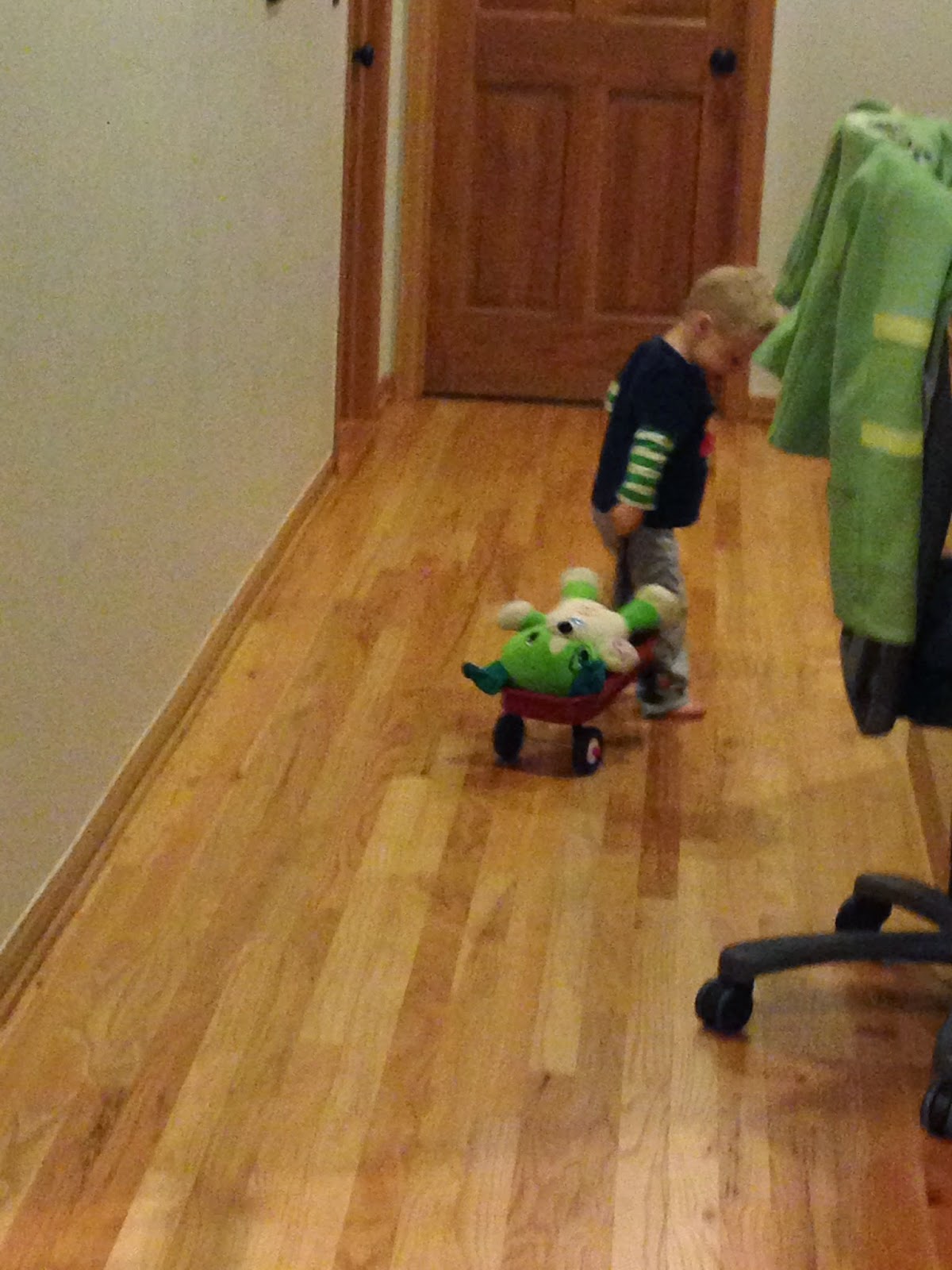 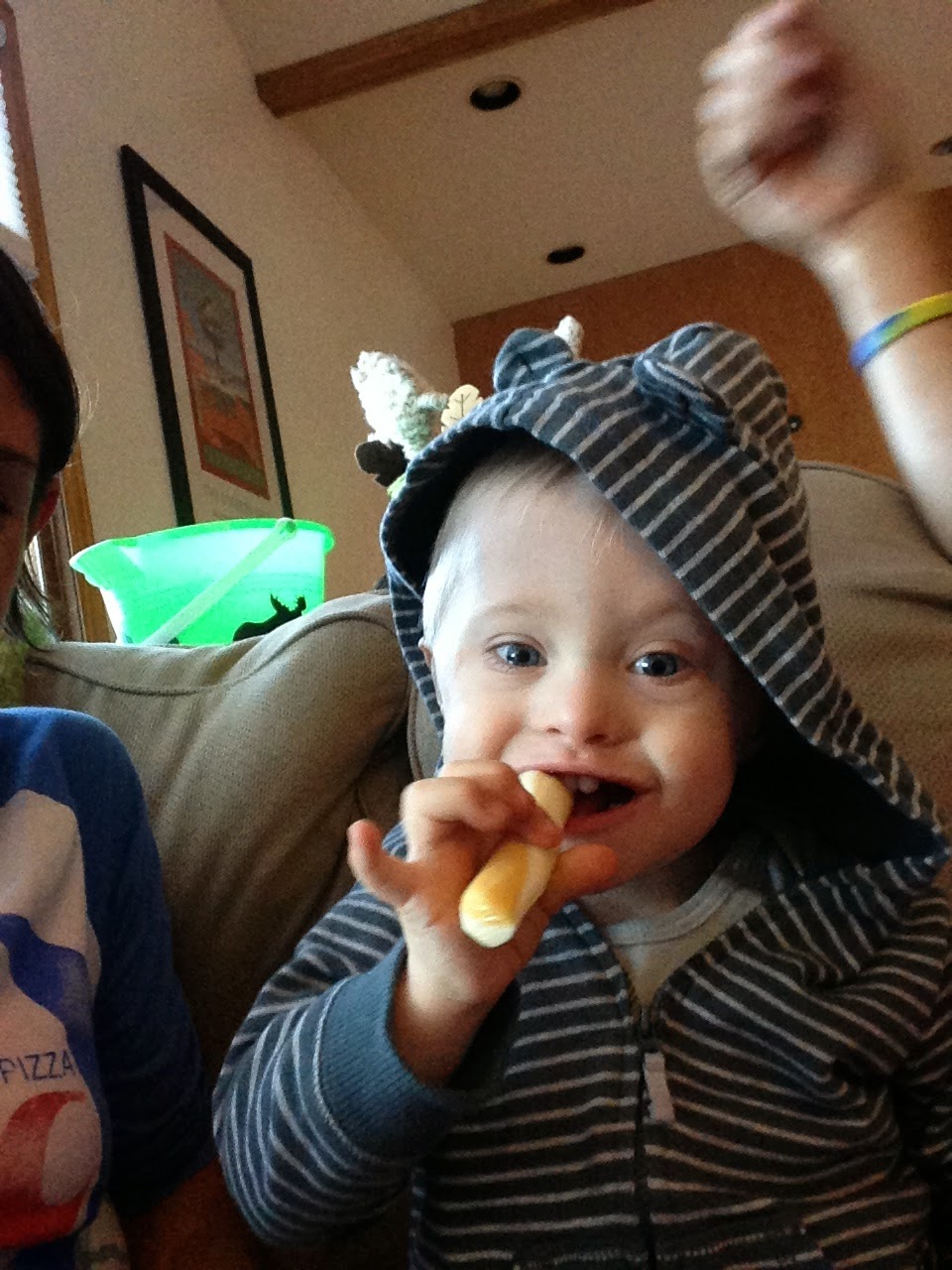