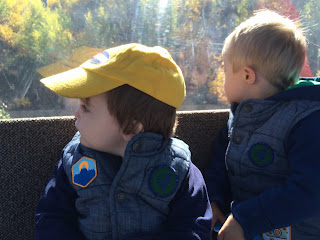 After Leadville it was time to shift focus to Dan and Run Rabbit Run. I knew he'd done the training right this time, but after Never Summer I knew he was struggling a bit with his confidence.

Somehow we managed to get all the gear and 2 kids loaded by 8:30 and were on our way to Steamboat! I had really wanted to get Dan up there earlier than I had gotten to Leadville. That was way more pre-race stress than I like and I didn't want him to deal with that. Of course a later start time helps with that as well. Overall it was a pretty uneventful check-in and night before a big race. Friday morning we walked over to the starting line, kids in tow. It was shaping up to be a gorgeous day and Dan seemed totally ready to go...until..."shit, my handheld" ie. my calories! In what was easily the fastest couple miles I had ran since Leadville...okay who's kidding I didn't even hit a mile that fast at Leadville...I took off in a dead sprint across the village. Just another reason you want a runner crewing you. I grabbed the bottle from the condo and took off back to the start. Everyone was lined up when I got there with 2 or 3 minutes to the start. I started panning the crowd but no Dan. With 20 seconds to go I knew I had to go past the start line to find him. Worst case I'd meet him at the top of the gondola, but I didn't want him stressed that first hour or without calories. But as luck would have it he ran right by me and we did a quick pass off. After that it really was pretty smooth sailing.

We met Dan at Olympian, mile 20ish. I actually ran up Fish Creek road to meet him and run him in since you can pace this section. He was right on his pace range and looking the best I've ever seen him look in not just a 100 but in any race. We got him in and out quickly and he was off to tour Emerald Mountain. Race tracking was absolutely terrible at least in the beginning and I couldn't get any updates. It was anyone's guess what time he'd be back to Olympian, 42ish. My plan was to pace him up Fish Creek road, go put the boys to bed, get a few hours of sleep and then head to Dry Creek to finish the race with him. But if he was in a bad spot at Olympian I would just finish with him. So I had to be ready to go and had to have the boys ready as well just in case.

We got to Olympian a bit early to let the boys play in the park. Funny thing was I met this other mom at the park who's husband was running and turns out Dan and he ran together on and off most of the day. Dan came in still looking great, great attitude, and on pace. So our plan was in tact. I got him geared up for night and off we went up Fish Creek Road. I ran him all the way to the trailhead, gave him a quick kiss, and sent him off into the dark with promises to see him in around 18 miles. I hated sending him off and not being there. A lot can happen in 18 miles and I just worry...I know I'm a mom and a control freak. But I also knew that if I could get 3 hr of sleep it would be huge for taking care of the kids when we got done. I mean that's basically an average night of sleep for me anyways.

With race tracking still not working I was really nervous about what time to get to Dry Creek. The shuttle that was supposedly only going to run once an hour was actually running about every 15-20 minutes so as soon as I got to Olympian a shuttle pulled up and I was at Dry Creek 15 min later. The other tough thing about pacing from Dry Creek but not having crew meant that all the gear I needed to stay warm would have to come with me, at least to Spring Creek where Dan had a drop bag. Needless to say yes, I was the one wearing her North Face down jacket running downhill! But hey it worked. Dan came into Dry Creek just a bit later than I expected him. He'd had a down patch since I left him at Fish Creek and was having some quad issues. But I knew we were still good, I was there now and no matter what we were past the point of no return. So off we took to Spring Creek where we really geared up for the cold.

Coming out of Spring Creek Dan was rocking it. Allisa came in just as we were leaving and even though I could tell she was having a rough patch you could see she was going to make it this time. I tried to reassure her she was looking good and just needed to keep moving and to keep eating.  We even passed Amanda Basham, who was having a rough day, but I used it as motivation to keep him running and hiking strong. After leaving Dry Creek for the second time Dan started having another low patch. It was somewhere around 4:00 am at this point, so he was tired, sore, hungry and still going uphill. But really he kept a fairly good pace and we managed to hold our position going up the dirt road. And then the sun came up and I was surprised at how warm I actually was. We were making our way through the coldest part of the night and it was nothing like I had remembered.

Eventually we saw the dome tents of Summit Lake! That is such a welcome site! There is still a long ways to go but the uphill battle is done and you're getting to the home stretch. We lost a few layers, loaded up on food and coffee. I actually had one of those starbucks espresso shots after not drinking coffee for almost 3 weeks and wahooo I was flying! I'll definitely do the no coffee thing for a couple weeks before any other 100s because man did it work! I felt like a million bucks! Then we headed out for the Wyoming Trail. I was determined to get Dan running as much of this section as possible. At Summit he was about 45 minutes behind a sub 30hr finish and I was going to do my best to set him up to be able to get that. So we ran, and ran and ran. We even had hares pacing off of us because his pace was so on point. When we finally reached Long Lake I knew Dan needed a break. We also needed to derobe as it was getting warm out. I gave him 3 min in the AS since he was now only 5 min back. I didn't tell him, but I knew looking at his splits for the next two sections that it would take a miracle to actually hit those splits and make sub 30. But I certainly wasn't going to tell him no. So in and out, with about 20 lb less clothes, lots of coke, Honey Stinger chews and waffles and a couple handfuls of m&ms. The section from Long Lake to Mount Werner is deceptively uphill. I tried to pretend it wasn't but at 90+ miles in those were some hills. Dan ran/hiked well, but we both knew sub-30 wasn't going to happen unless he absolutely destroyed himself. He made the decision to finish strong but not totally cripple himself. 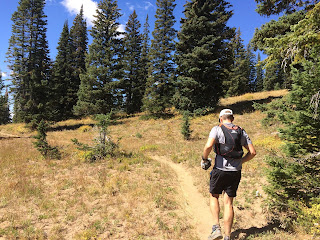 The hike down from Mount Werner is terrible. There is just no good way to describe it. It seems like it shouldn't be that bad or that slow, but it is. We passed Kerrie Bruxxvort at the AS and it looked like she'd had a rough day as well. Slowly we wound our way down and after what seemed like forever I saw James' fluorescent green t-shirt!. He immediately saw Dan and took off in a full blow sprint up to get him. James took Dan the rest of the way to the finish line and I'm pretty sure actually got more cheers than Dan did! And really why shouldn't he!

Congrats Dan on a great race! You ran strong and steady...exactly the way you planned it! 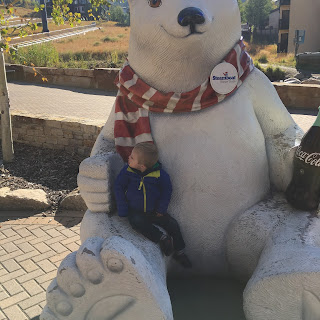 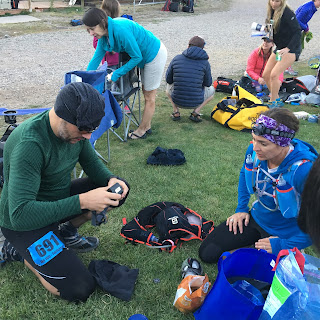 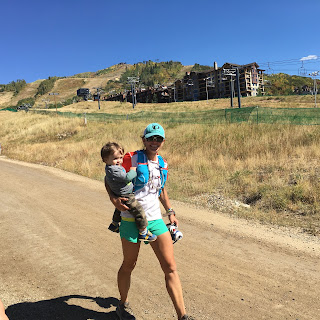 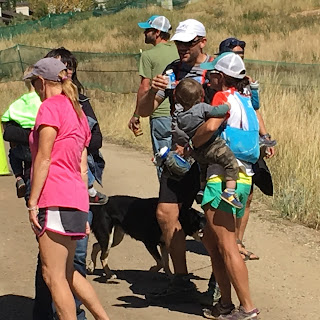 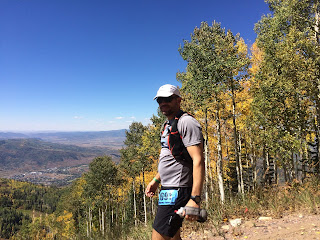 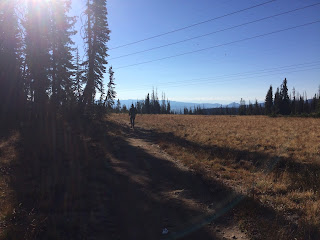 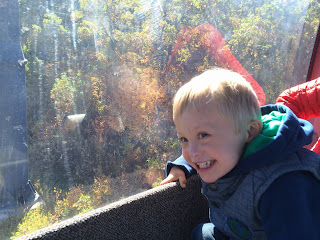 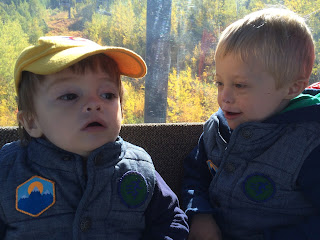 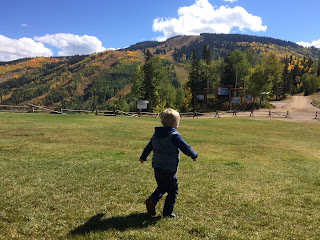