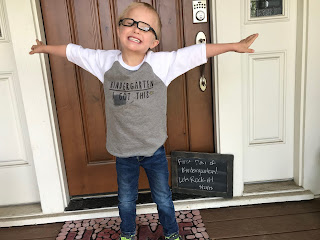 I'm not sure how it happened but James started kindergarten a couple weeks ago. I knew like with everything he does he would totally surpass our expectations. Leading up to the first day I was blown away at how willing the school was to help James. It was like they actually wanted him to succeed. From what we had come from that seemed too good to be true so I was pretty skeptical. But everyone knew him and welcomed him, there were plans in place for how to help him best and for getting his IEP updated. As with everything with James, I've done my homework on the school, but at the end of the day its about trusting your gut as to what's best for him. So many people have offered up their advice as to what's best for him for school. And while its all well intended at the end of the day its a decision I have to make. Knowing James and trusting my instincts has led us to Steamboat and so far I think we made the right decision for him. 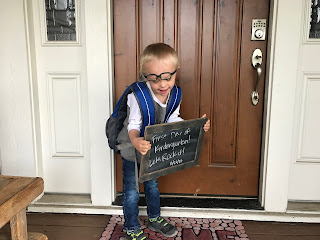 Each week James is participating more and engaging with his peers more and more, which is exciting to see and why inclusion is so important. Life doesn't happen in a special ed room and James needs to learn how to live in a world of real people.  Is it extra work to have a child with special needs in a classroom...sure it often might be. But I promise its not taking away from what other kids are learning. Parenting a child with special needs is extra work as well...trust me I know. But at the end of the exhausting day we'll all better for having put in the extra work and making inclusion happen.

And not every day has been unicorns and rainbows with this transition to school. I knew the second week is always the worst for James behavior-wise. And that did not change. It was full of kicking, pushing and biting a para. All we can do is keep working on his behaviors and transitions. Like everything there's always a good, a bad and an ugly. 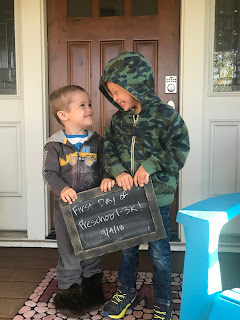 James also started a new soccer league with Dan coaching. After 4 years or so of playing James is finally getting in there and got a few kicks in last weeks game. He stayed on the field and even though he got tired more easily and kept asking for water breaks he mostly stayed engaged with the practices and games. Its been fun watching the progress!

Robert also started preschool. Technically he just moved into the preschool room at his school and is now going full-time, but we made a big deal of it just like we did with James to make him feel like it was his turn for attention. Robert has had a rough go at it with a new baby and a move so his tantrums have been on the epic level. We have been hoping moving into preschool would help. While we have still had our share of several hour long tantrums it feels like we're slowly moving in the right direction. 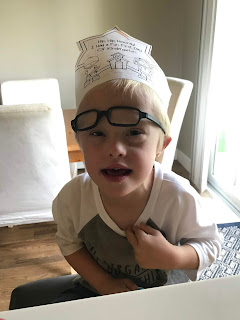 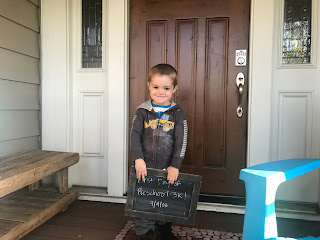 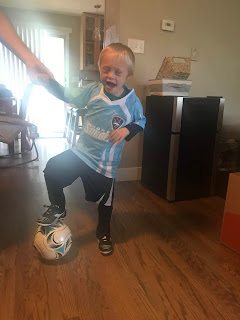