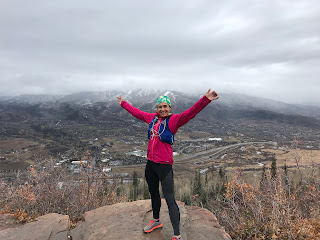 I knew getting back into a routine was not going to be easy. With a major move, starting a business and a new baby there was no way I could expect it to be a smooth transition. I still somehow thought maybe...I'm a forever optimist. I'm the one who will go back over and over thinking this time there will be a positive outcome.  Case in point...the Hardrock lottery. No matter how slim my odds are for getting in every year I frantically hit refresh and then go back over the list at least 18 times to double check because I was sure my name was going to be pulled. And yes my name is in the hat once again for Hardrock...I mean maybe this is my year!

Well just like I've never gotten into Hardrock the transition was anything less than smooth.  I think we lived off salads...sometimes with grilled chicken for the better part of the last 4 months. Not because we're trying to be extra healthy but chopping a few veggies and throwing them in a bowl was literally the extent of what I was able to "cook" for dinner. The house was a disaster, we gave up on unpacking since we have to move again in a few months, I average 2 showers a week and haven't had a legit long run since we moved. I tried to give myself some grace...more than I have in the past and haven't pressured myself to hit certain mileage. 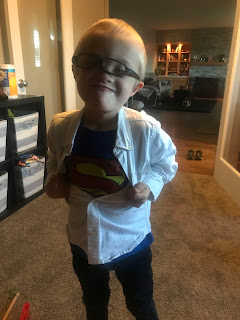 But then I finally got the house deep cleaned and a  weekly cleaning routine established. Yes...I hate living in a dirty house. I know I could let it go, but James gets sick so easily that I am always just stressed if the house isn't clean that he'll get sick. It doesn't have to be perfect, but I need it clean. Today I got a few meals prepped for next week. I've been working on that but most weeks I get half a meal prepped but not enough to be able to finish it in time for dinner during the week.

Maybe it's just mental, but maybe the mental part is all it takes. So this is the first week in a long time where I've felt like I'm starting the week with my head slightly above water and can start making some progress.

This week we also had a blast with Halloween! James wore a real costume for the first time...Superman of course! I knew it wouldn't last too long so I sent him to school as Clark Kent so he could change to Superman for his party and not be done with the costume before the party even started. Trick or treating in town was rough though. He lasted an hour which was more than I expected, but the sensory overload lasted all week. Even with the time change the poor kid slept until 8:15 this morning! This is the kid that used to wake up by 6:30 at the very latest! And now that Halloween is over and its absolutely dumping outside all we can think about is ski season! 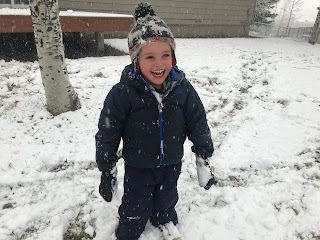 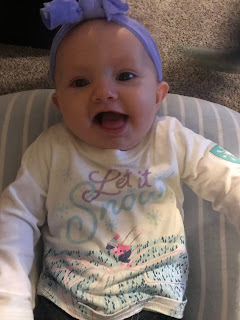 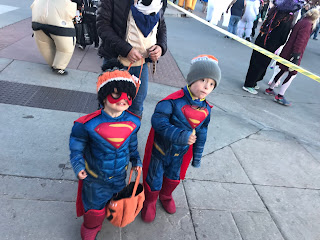