Ah the wonderment of a new trail, exploring a new area, trying something new...isn't that what life is all about?

Saturday Dan and I got our first real babysitter and obviously took off to the trails. We wanted to stay within cell range and close enough that we could be home quickly if something happened...I know typical first time parents leaving their kids with a 17 year old babysitter. So we went to Staunton for a good run. First off about 2 minutes into the run Dan turned and asked if I had my small pepper spray that he makes me carry. I of course had forgotten it. "You know its always when you end up needing it that you forget it right?" Oh great I though he had to say it out loud...

Now that I was substantially less worried about James we continued down the snow covered trail. We started talking about how just a couple inches of snow on the trail made it seem like a whole new place. Every season seems like that. You think you know every twist and turn of a trail and then the leaves change and you're busy looking skyward, snow falls and the trail becomes this quite peaceful place where all you hear is your own breath and the snow crunching beneath your feet. The smell of spring on the trails is amazing and you just get lost enjoying the feeling of actual dirt beneath your feet and smelling all the fresh scents. Then summer hits and everything is green and you're running awesome so it just feels amazing to be out there.

Well sometimes that's short lived. We got to the top of the big climb easily and cruised down to the old mill. After a debate we put down some fresh tracks on the Border Line trail. Quietly running along after about 1/2 mile we heard something. We both stopped in our tracks scrambling around. It was growling and huffing and stomping. My first thought was bear. I've had enough bear encounters to know one when I hear one. I think Dan was trying not to freak me out and had me almost convinced it was an elk or a moose. We still couldn't see it, which was what worried me the most.  We were right at a switchback so going back along the trail took us right to the noise, continuing along the trail would take us back that way too. So we armed ourselves with sticks and rocks and plotted our next move. Dan didn't much like my idea of bushwhacking along back until we hit our trail, but with no other options that's what we did. I figure I've been lost a million times if we couldn't find the trail I was confident I could get us back to the car. I had of course told Dan it was silly to carry a map, I knew the trails like the back of my hand!

Like all of my other bear encounters we managed back to the trail safely and were on our way. We decided to run back down Mason Creek, something we had both tossed around doing on many runs this summer and never actually did. Totally different trail in the other direction and also and awesome long downhill to just cruise. After we got back and were safe and James was safe (okay more than safe, he was having a blast with the sitter) Dan then said he was pretty sure it was a bear as well. 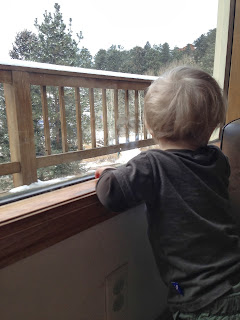 With a light snow falling at Mt Pritchard and the Notre Dame game on in the background James and I were working on cruising around the coffee table. Last Christmas I saw countless photos of friends' kids standing at a window and watching the snow fall. I looked at those photos hoping one day James would be able to pull up to a window to watch the snow fall. I know it seems like such a small thing, but sometimes those are the things we hold on to. Watching the joy and fascination on the face of a child watching the snow. It may have taken a year to get there, but Saturday James stood at the window watching the snow fall. 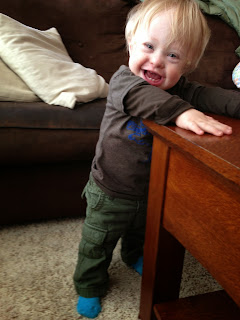 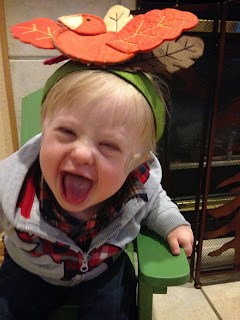 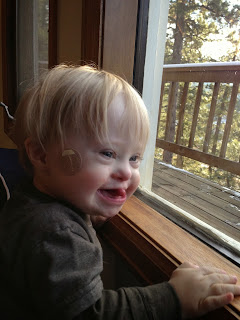