Dan and I were out running and got to talking about how we would describe this past year. It was kind of a year that just was. So we mostly just rolled with it. There were some high points, finishing Leadville was definitely up there, but it wasn't the same not being able to share that with Dan. Overall I ran well, but I didn't feel like I was at my peak...there's definitely more in the tank and I'm excited to tap into that. At the same time there weren't too many low points. Sure James' health hasn't always been great and he had several surgeries, is still on oxygen...but nothing that's really rocked our boat I guess.

Overall in terms of running I had a pretty decent year. I ran top 10 at Quad Rock and got on the podium at the Leadville marathon and Bear Chase. And most importantly I finished the Leadville 100. Dan PRd the Leadville marathon by almost an hour! We had some amazing runs and saw some beautiful places. We had some rough runs, where everything felt hard, our legs hurt and lungs burned. But we both saw a lot of progress and have a good idea of what we need to do next year. And all that is despite Dan fighting bronchitis twice, buying and selling a house, spending nearly a day a week at Children's, oh and did I mention we both have full time jobs...and Dan got a new job this past summer. Geez if we can have one sorta settled year of training I can only imagine what we'll be able to accomplish.

In terms of my training I buckled down, logged the miles, pushed the hills and focused on my nutrition. After Leadville I really focused on consistency. I logged nearly 50 miles every week with very few long runs. I wanted to get my body used to logging higher mileage during the week and next year I'll start incorporating more long runs. I feel like I'm starting off the year at a much better place physically then I did last year.

James also rolled with it this year. There were a few hurdles, but the progress he made was amazing. He went from our little baby to a little boy! There's still a lot of work to be done, but he's getting there. If only we could get off the damn oxygen. Its hard to sum up everything James has been through and accomplished this year. He had a fairly major surgery in July that resulted in a huge progress with his development. Within a month of surgery he started army crawling, began to 4 point crawl, pulled to stand and was cruising on everything. It's amazing how a good nights sleep can really impact development. His hearing dropped to severely impaired, but I fought to get him another set of tubes immediately...and of course won. We have been through a year of feeding therapy and have watched James go from pushing any pureed food out of his mouth to eating nearly everything you put in front of him and even taking a spork of pasta out of my hand and feeding it to himself a handful of times. Some of these things seem remarkably little, but when you have worked so hard to achieve these little steps is hugely rewarding.

One of the themes I've seen recently among runners resolutions for 2014 is to simplify. And the thing is I have to agree. A big goal of mine for 2014 is to stay healthy. Part of that is to be more diligent about doing my strength exercises and so far I've done them every day. I know taking 10 min a day to do these is going to keep me running much longer. We've simplified our diet and are following James' diet more with eating less gluten. Both Dan and I are already feeling better and healthier with the cleaner diet. The thing is we were already eating a pretty clean diet, very few processed foods, meals centered around fruits and veggies, but we're cleaning it up even more.

And our focus has been more on what's important to us...family and running. We've found several babysitters so we can run together and have plans for the summer so we can both get in our long runs. We've said if we can't run 100s and have a family its not worth it. So we're trying to find that balance. I know people ask me all the time how I have time to train. Its not easy, there are a lot of sleepless nights, a lot of weeks my floors don't get mopped and we eat a lot of Sunday-made freezer meals, but running is a priority. Not over James, but without it I'm just not me.

My other plan for running this year is to focus on quality runs and to train more specifically. I know I need to get away from my comfortable moderate pace, moderate distance runs. I need to do more workouts such as hill workouts, tempo runs, intervals, fartleks. This is really hard for me to do so we'll see how long it lasts.

2013 Goals:
2014 Goals:
When you love someone who has a disability and you experience how they experience the world it is instant perspective when you've been given incredible difficulties. -Savanah Guthrie 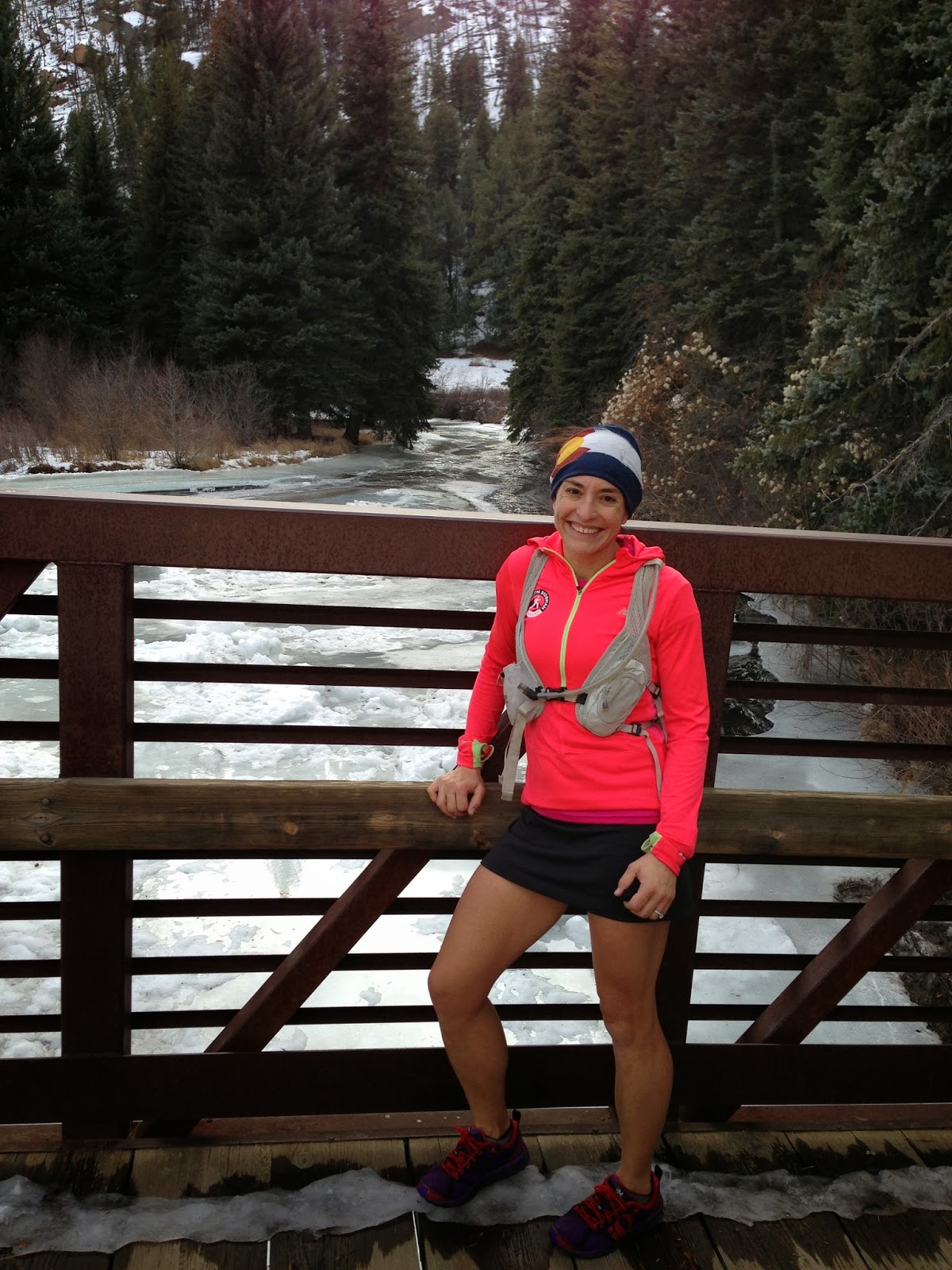 Its not the critic who counts; not the man who points out how the strong man stumbles or where the doer of deeds could have done them better. The credit belongs to the man who is actually in the arena, whose face is marred by dust and sweat and blood; who strives valiantly; who errs, who comes short again and again, because there is no effort without error and shortcoming, but who does actually strive to do the deeds, who knows great enthusiasms, the great devotions; who spends himself in a worthy cause; who at best knows in the end the triumph of worthy achievement, who at the worst, if he fails, at least he fails while daring greatly, so that his place shall never be with those cold and timid soles who neither know victory nor defeat. -Theodore Roosevelt


Dan, next year Leadville is yours!