We've been waiting 5 years...almost exactly...for Adam's Camp in the mountains. It was finally here and we were pulling into our campsite that would be home for a week. We were excited for James...nervous and excited. We crossed our fingers that Rob would have fun at sibs camp and were excited for a week without chores, or therapy appointments, no yard work to be done, no work calls, no laundry, no doctors...nothing but adventures.

Day 1 we dropped off both boys. Rob was his typical shy self not wanting to let go of my legs and James ran off to give hugs to all his new therapists. No hugs goodbye, no looking back just excited for all his new friends. With sunny blue skies and promises of great weather Dan and I took off for a run up James Peak (13,301'). I can't think of a better way to have kicked off Adam's Camp. It was a great trail almost all of which was above 12,000' so great training too!

After summiting James Peak our goal for the week became to bag as many peaks as possible throughout the week...or at least as many of the same peaks as possible. We were camping at Snow Mountain Ranch for the camp and spent much of the week exploring all these trails. The trail maps are pretty terrible so it was a lot more exploration, trying this one then that, seeing if this one went somewhere or was just a dead end. It was a bit frustrating at times, especially when I realized I was not going to hit the weekly mileage I had hoped for. But once I let go of that arbitrary number in my head we started to have a lot more fun. If you don't count the near death experience we had with a grouse. Dan had just been saying he didn't want me on this trail by myself in case there were bears when out of no where this grouse, presumably protecting her nest, flew straight at Dan's head threatening us away. At that point it was every man for himself; I was at a dead sprint back the way we had come before I even turned to check on Dan. We both made it out unscathed but there was no way in hell I was going back up that trail.

Wednesday we did a gnarly run up Snow Mountain. Downed trees and steep, technical trail made it tough to get a rhythm, but it was an awesome trail that I highly recommend! By Thursday we were getting our groove. Dan rented a bike trailer so in the morning we biked the boys to camp...or really he biked and I ran. Then we went to check out the horseback riding area where James would be later before deciding that I should rent a bike...yikes! After a bit of a bike ride a short...2 hr game of tennis seemed appropriate. Then another bike ride to watch James at horseback riding and pick up Rob and another run up Nine Mile Peak. That was a day for the books. It might not have been the miles I wanted, but it was a full day of action!

Overall Adam's Camp week was, as predicted, the highlight of the week! We were barely up Berthoud Pass by the time we were all counting down the days until next year! It was a week of meeting new friends, for all of us, exploration, challenges, breaking barriers and reconnecting. It also kicked off the start of my last 6 week training block leading up to Run Rabbit and I'm pretty sure it was the best thing for me to be physically and mentally prepared for the next few weeks! For James though this week was amazing. Every day his speech improved dramatically. His conversations continued to be more conversational. And the tips they give seem so simple, but work so well. I think the biggest thing I learned is that James does best when he learns something new to use music with it. Whenever you ask him what he did at school he barely answers with anything really. But as soon as you sign the Adam's Camp closing song that sign-asks what did James do today? He was without prompts answering with things he legitimately did! And not just copying the person who went before him. It was amazing to hear! I've found that now that we're back if I sign the song after school he finally answers my question. So yeah Adam's Camp rocked for the whole family! Heck even Rob had fun...and its hard to impress that kid! 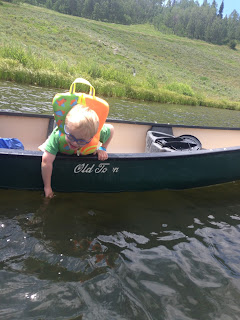 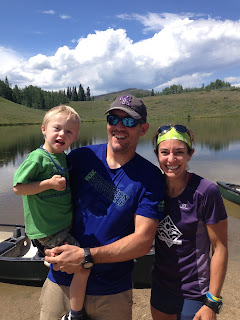 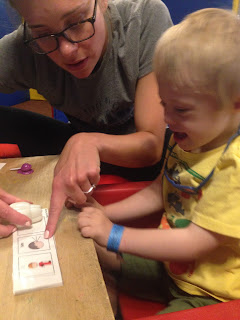 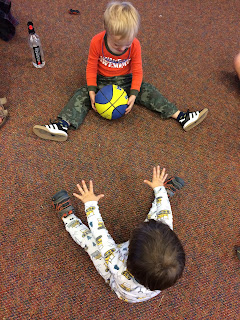 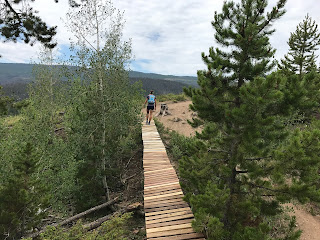 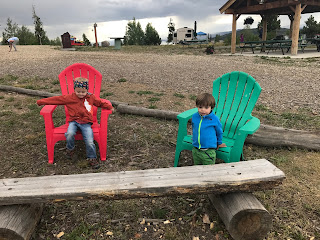 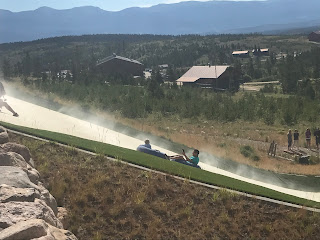 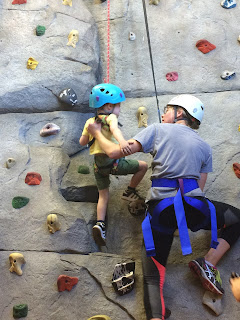 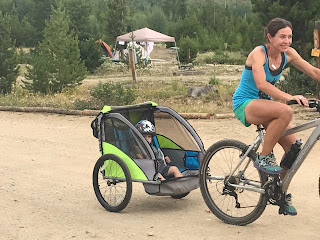