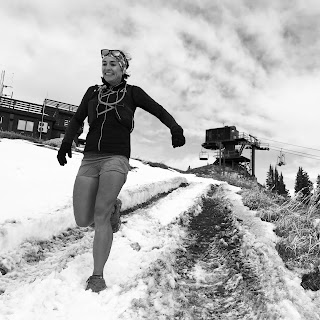 This fall has been all about the art of patience and balance. I'll have a few good weeks of training and then life happens and I feel like I'm back to square one. But I also don't have a race on the calendar so I'm trying to be better about finding balance those weeks and knowing that's just part of it. Not having a race on the calendar has also been a mental challenge.

So when I saw there was a Halloween trail 5k in town what'd I do? Sign up of course! Now that does not mean I had any intention of actually training for a 5k...just that I wanted to hop into a race. The day I signed up I decided to go for a longer tempo run and really push the last mile and a half to see what I had left and what I might have on race day. This is not a recommended practice for 5ks. But I managed to hold a 6:30 for the last mile so maybe it wouldn't be crazy to run this race. 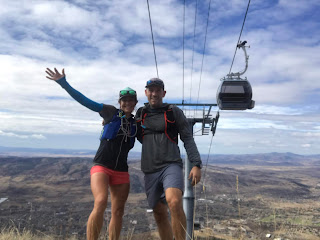 Then Friday Dan and my schedules aligned for the first time in oh well probably since we moved. So naturally it seemed a great day to run up Mt Werner. It was a good reminder how much work I still have to do with my climbing. Its coming back...slowly...but progress is progress. The run was gorgeous, I haven't been on those trails all summer or fall either. But 3+ hours and 4000' of elevation gain the day before a race is another strategy I don't recommend. I was definitely sore and quads were still tight and a bit trashed when I woke up Saturday morning. I tried a lot of excuses...maybe we weren't going to make it to the start on time...maybe I should just push one of the kids in the stroller...but Dan pushed me to the start line anyways. 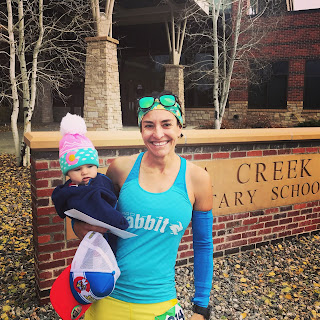 My lack of confidence took me to the back of the start line, hoping to hide among the costumes, but then it was go time and I started running. Not sure what pace to start out at and worried that I wasn't supposed to be competitive as the race was pretty small. I heard one guy say "I thought this was a fun run" as I ran by...honestly I have no idea if he was talking to me or not but it played with my mind so I reeled it in and tried not to really push it. I saw a group of a few lead men and they were running so I figured, nope if the guys can run and be competitive then I can as well. So I slowly started to pick up the pace...well slowly until about mile 2. According to mr. garmin at that point, and granted it was a slight downhill, I decided to really hammer it and threw down a 5:25 mile...who knew this masters ultra runner had one of those in her! So after some quick high fives to the boys, and letting the group of kids run through the chute first I managed to get to the finish line and break the tape. Seriously never imagined in my wildest dreams I would win a 5k...but I guess crazier things have happened. I'm a bit bummed at myself for not trusting myself and running to my capabilities. I've focused the last few years on giving it what you have on the day and if that means first or last it doesn't matter as long as you gave it your all. On Saturday I didn't. I could list a million excuses about why I didn't, but it comes down to I didn't believe I could. Lesson learned...now back to crushing goals! 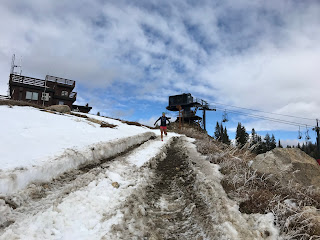 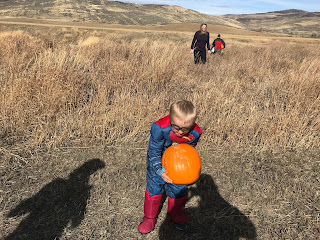 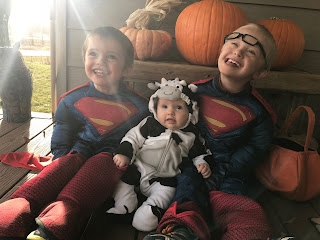