"when you see the southern cross for the first time, you understand now why you came this way, for the truth you might be running from is so strong, but its as big as the promise, the promise of a coming day. so I'm sailing for tomorrow my dreams that were dying..." - crosby, stills and nash

I swear every year I forget how rough December is on my running. Long workdays, short daylight, colds...the excuses just keep piling up and the mileage keeps going down. Oh well, I know I just have to get through a couple more weeks and everything will return to normal and I'll be able to get back at it. Only a few short weeks until Leadville 100 registration which means only a few short weeks until I really need to start training. Maybe add in some hill repeats, fartleks, all kinds of good things! 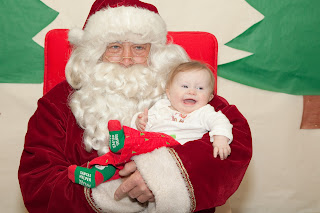 So this week I ran a little, I'd like to say I did a few other things, but I really don't think I did. I guess I mostly came up with excuses for not running, not packing, not decorating.... At this rate if I'm going to hit my 1500 miles goal for 2012 I'm going to need to have a 100 mile week here! It could happen right?

I did run the long loop at Apex on Friday before heading to James' Christmas party at daycare. As I headed up the front side and then again as I was heading down the front I could hear Christmas music playing from Heritage Square. It totally made me smile and put a little pep in my step. I also saw loads of other runners out that day. I usually mostly see mountain bikers so it was fun to share the trail with more runners. One guy, who looked to be a pretty strong runner, and I passed each other twice on our way. The second time we passed each other we gave a huge high five. I felt good running all week, but took it a bit easy since I was feeling a cold coming on. Now I just really need a good snow storm, I"m totally craving a good snow run! I mean deep soft snow where the trails are just totally covered and you're the only one crazy enough to be out there.... Soon it has to be coming!