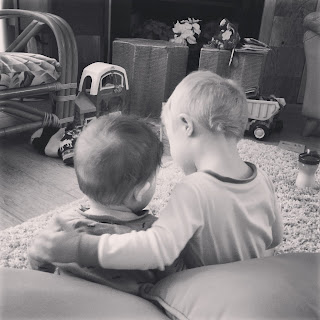 I'm not sure I have ever been more excited to get on a plane with a toddler and a newborn, but last week we boarded that beautiful tube that would take us west out of the blizzard. A few hours and about 3000 episodes of Tumble Leaf later we touched down in sunny southern California. It was cold by Californian's standards as they were bundled in hoodies, beanies and boots, but the 60F we landed in was a welcome reprise to us. 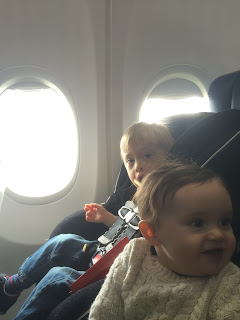 The house we rented was right off the bike path that led to the beach and right around the corner from Trader Joe's. This is a deadly combination by the way. My marathon taper was basically non-existent as we logged quite a few miles running to the beach or along the beach or through the park next to our house. All in all it was a typical relaxing-to-us vacation. It was good to relax, rejuvenate and just spend some time with the boys.

Before we left I had sworn to everyone we were not going to Disneyland...nope, no way...and then a friend offered us free tickets and somehow we ended up there. For Disney it was relatively uncrowded and we had gotten there early so James did fairly well. Once we got through the crowded front and found a quiet little corner he started to relax. And then Dan took him on Dumbo...and like any typical kid when he realized he had to get off it was a complete meltdown. I was so damn excited to see that kid on the ride though, probably one of the highlights of the trip. I could tell he was nervous at first, but as we went around he got more and more excited. And when he saw Robert and I watching him he pointed and shouted "mamababy"! We survived Disneyland and it was great to see some old friends as well. 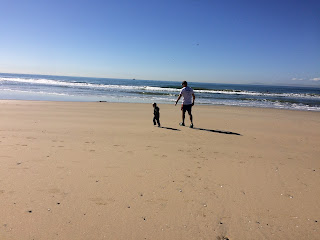 Dan had convinced me to go to Southern California by offering to let me have a luxurious 3.5 hr to myself in the form of the Surf City marathon. I basically had 4 weeks of training and no tapering since after all this was a runcation. I don't necessarily recommend this training plan, but I actually have been doing fairly well getting workouts and miles in. My long runs were what we're lacking so my endurance past 18 or 20 miles was questionable. I felt good about running strong up until then and after that it was just hang on as long as I could. My goal for this race was not to PR, it was to run as steady a pace as possible. Now what pace I could actually maintain for 26 miles was unclear. I decided to try to maintain a pace similar to what I ran at Chicago. 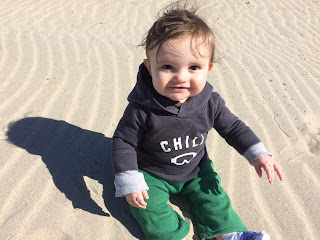 For a race that was in its 20th year I was a bit disappointed at the lack or organization. They had run out of women's shirts smaller than a large and seemed utterly confused when I asked for an XS. Finally someone figured out to have us fill out a form with promises of sending them to us in a couple weeks. Then I asked if there was a gear check only to receive a blank stare and be told I'm just a volunteer. While I don't expect volunteers to know everything I do expect that the RD makes sure volunteers know who to send people to with questions. 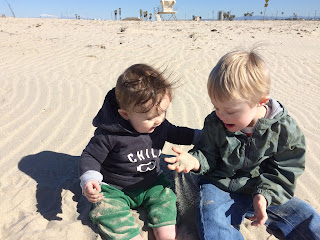 The race went pretty much as planned. I ran the 2.2 miles to the shuttle and then took the shuttle to the start, dropped off my gear and got ready to start. I lined up cautiously with the 3:30 pace group still unsure how this would play out and when I crossed that start line and started running I tried to hold to a 7:40 pace. I easily cruised down the PCH holding pace and then turned right for a loop through town. The next five miles or so we're a bit hilly. I'd say rolling hills, but if you're used to flat marathon courses there were some decent hills. Then we turned back onto the PCH and I was happy to still be maintaining my pace within a few seconds. It still seemed easy as well. Then back down the PCH before turning into the bike path to head back out. The headwinds were pretty strong in this section but I was still feeling really good. I had caught up to the 3:20 pace group and thought I'd stick with them until around mile 22. But their pace seemed way to slow for a 3:20 group so after a mile I left them to do my own thing. If see the pacers fly by a few miles later flustered about how off pace they were. Well I held on until mile 23 and then my legs filled with cement and my pace slowed but I made sure to keep it below an 8 min pace and I was still passing people so I felt good. I think I passed 3 women in the last couple miles as they faded fast. Back on the PCH to the finish line I passed my boys and gave high 5s all the way to the finish line. It was a great atmosphere, I felt great and was pushing hard. Good thing too because I ended up taking 5th by 3 seconds based on chip time. Since the girl I beat had a much faster guntime I had no idea how close we actually were. 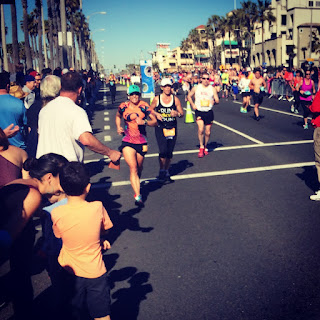 Cap off the trip with a Broncos win Sunday night and then one last stroller run through the park on Monday and it was a pretty successful family vacation. 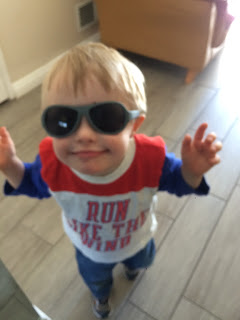 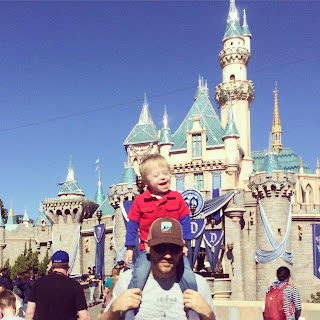 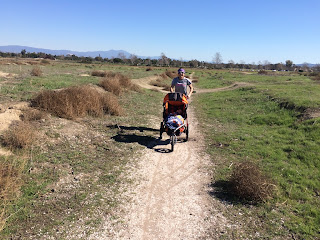 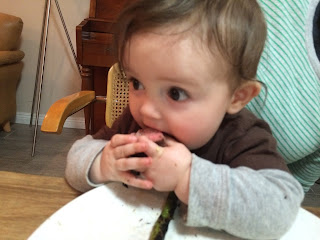