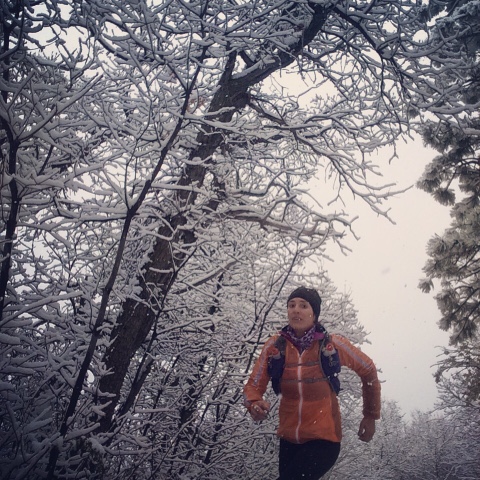 Well it certainly seems like Mother Nature is not on my team this year. Hopefully we can kiss and make up before races kick off or it could be a rough race season. My training hasn't been terrible in terms of mileage, in fact I've logged the most miles I ever have at this point in the season, but I've struggled to get my long runs in. Most have been a hodge podge of treadmill, trail, bike path and dirt road miles all smushed together throughout the day to total 20 miles. It's not perfect and definitely makes me nervous going into Quad Rocj that I don't have the endurance I need. Hopefully we've seen the last snow we have to measure in feet for the year! 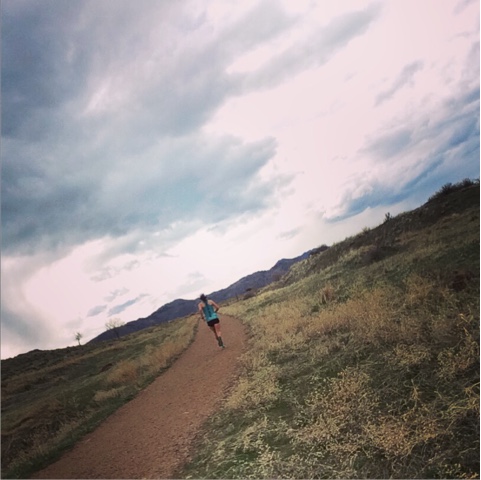 As nervous as I am I'm excited to get out there and see if I still have it at all. I feel like I have no idea how fast my legs will be able to keep pounding out uphills, how my new dairy free stomach will handle the race, and I'll be honest I have done a terrible job practicing nutrition. 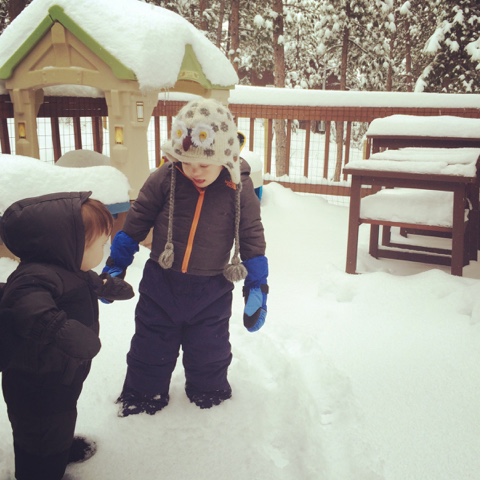 In the home front things have been crazy busy. The winter of sicknesses has continued and I'm ready to see the end to the snot faucets that have been turned on here for months now! I seriously think we're single handedly keeping Kleenex in business. Rob has started crawling which adds an element of....excitement...to our routines. It can definitely be hard sometimes watching how easily Rob learns new things when James struggled for months to get it. Literally one afternoon Rob just pushed himself to sit, over one leg not up the middle just like he'd been doing it all his life. I think we worked for 3 months to get James to push up any way he could and it certainly wasn't the prettiest most correct PT-wise push to sit you'd ever seen. But none-the-less it's still fun to watch Ribert explore and discover his new world now. 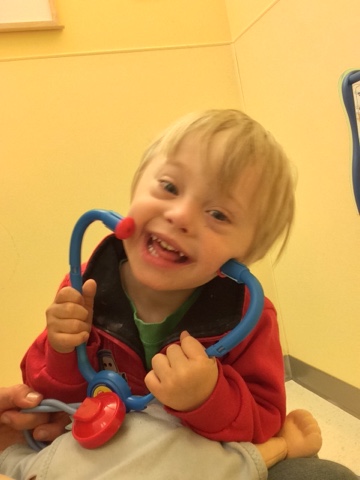 James meanwhile had his annual Ds clinic visit. Overall he did great and everyone was so impressed with how well he was doing. We're going to increase his feeding therapy to weekly and maybe someday he'll eat something besides bread or maybe even actually chew some food. By the time we got to PT he was pretty exhausted though and only somewhat interested in riding a bike and a scooter. So Pat Winders asked if we should just do his run test because she knows he likes to run.  I agreed that it was probably a good idea. As soon as we took James into the hall and told him he could run his eyes lit up and all his energy returned. He beat the run time they're looking for by 4 seconds! Over a 75 ft dash that's a lot of time! And he didn't stop we ran throughout all the halls on the 2nd floor of Children's with Pat and I chasing behind as James laughed and ran eyes sparkling with excitement. She just looked at me after and said he really loves running, he just lights up when he's doing it. I don't ever want to push him to be a runner, but I guess it's in his blood. 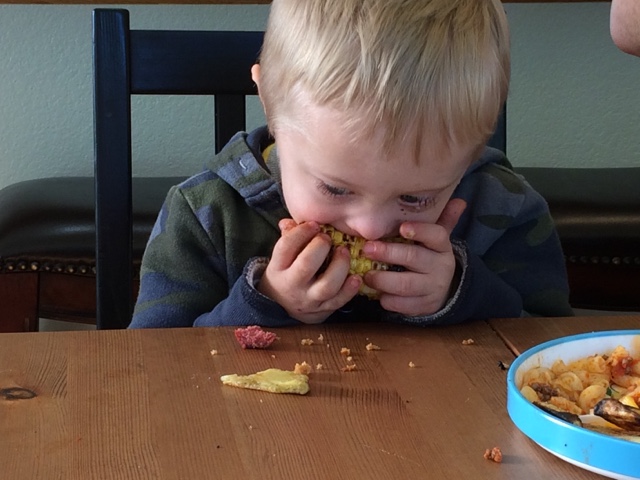 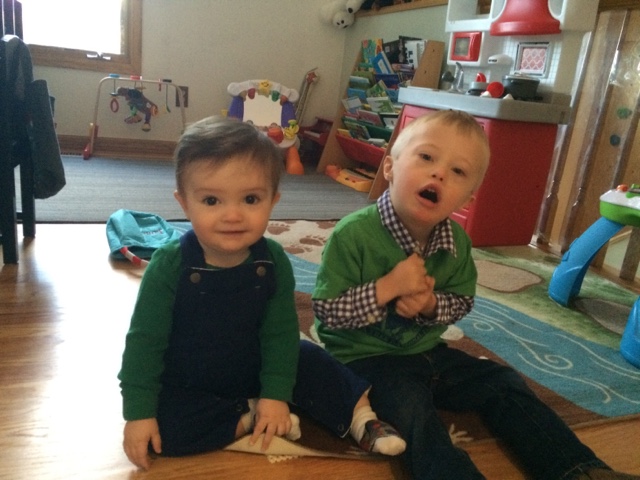 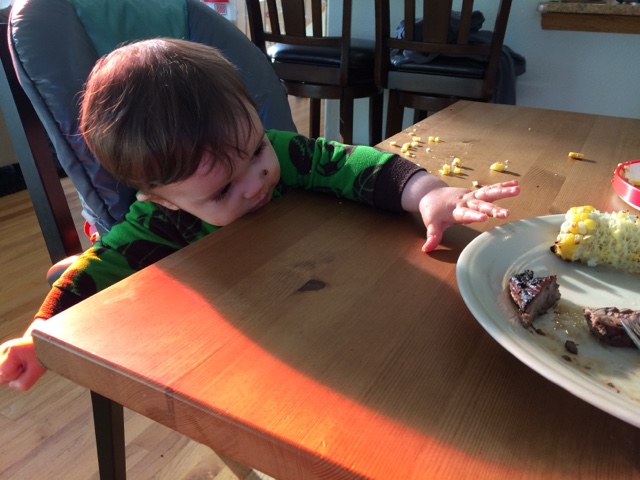 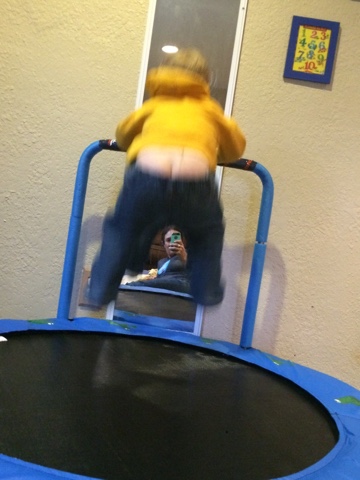